with festive walkathon in Los Angeles

Over 350 supporters walk in honor of loved ones

Los Angeles, October 15, 2019 — With the latest Walk of Life, held on October 5 in Glendale, California, the Armenian Bone Marrow Donor Registry (ABMDR) celebrated its 20th anniversary while raising grassroots support for its mission of helping save lives across the globe.

Next, remarks were delivered by ABMDR President Dr. Frieda Jordan. “Today, we celebrate 20 years of grassroots activism and selfless dedication, and 20 years of helping save lives — not just in Los Angeles, and not just in Armenia and Artsakh, but across the world,” Dr. Jordan said. “As I look at you, our supporters, as I see so many dedicated young people among our ranks, my heart fills with tremendous pride, because you make our work all the more worthwhile. Your willingness to make a difference, and the care and support that you show with your participation, are what the ABMDR mission is all about.”

Subsequently Dr. Jordan invited Mayor Ara Najarian to address the participants. As he conveyed the Glendale City Council’s appreciation for the work of ABMDR, Mayor Najarian congratulated the organization on its 20th anniversary and commended its ongoing quest to help save lives. The last speaker was Areg Boyamyan, who said, “From the bottom of my heart, I congratulate ABMDR’s highly-dedicated leadership and volunteers, and all of you here, our wonderful community members, for helping make this organization’s mission a reality.”

Boyamyan’s remarks were followed by the invocation, performed by Fathers Demirdjian and Hayrabedian.

Also during the opening ceremony, several individuals and organizations were recognized for their instrumental role in the success of the walkathon. Certificates of Appreciation were presented to the Viazoi company for its continued support and major sponsorship; to KPAC Kaiser for having raised the most funds; and to Eric Markarian and Crescenta Valley Science and Medicine Academy as the team with the most participants.

A noteworthy feature of this year’s walkathon was a large banner, displayed in the plaza of the Glendale City building, on which walk supporters wrote down their individual reasons for participating in the event, whether in honor of loved ones or in support of all those who need a life-saving donor match.

Following Walk of Life’s ribbon-cutting ceremony, the 5-K walk-run looped through central Glendale. The walkathon concluded at the plaza of the Glendale City building, where the festivities continued into the day. The event also gave participants the opportunity to join the ranks of ABMDR as potential bone marrow stem cell donors, as many volunteers were on hand to answer questions and welcome new recruits. 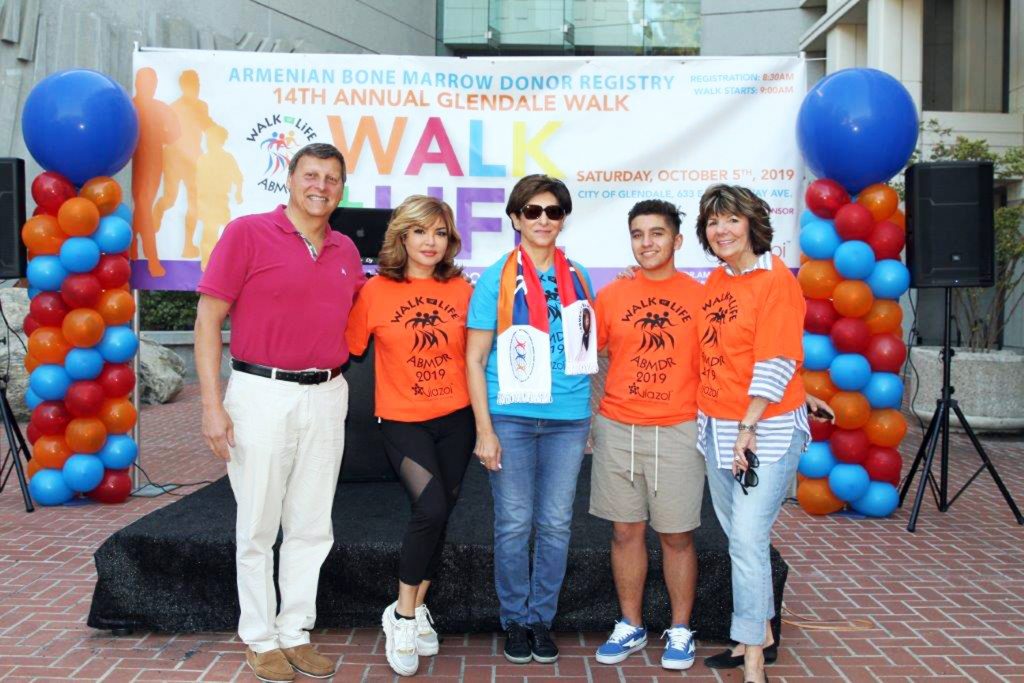 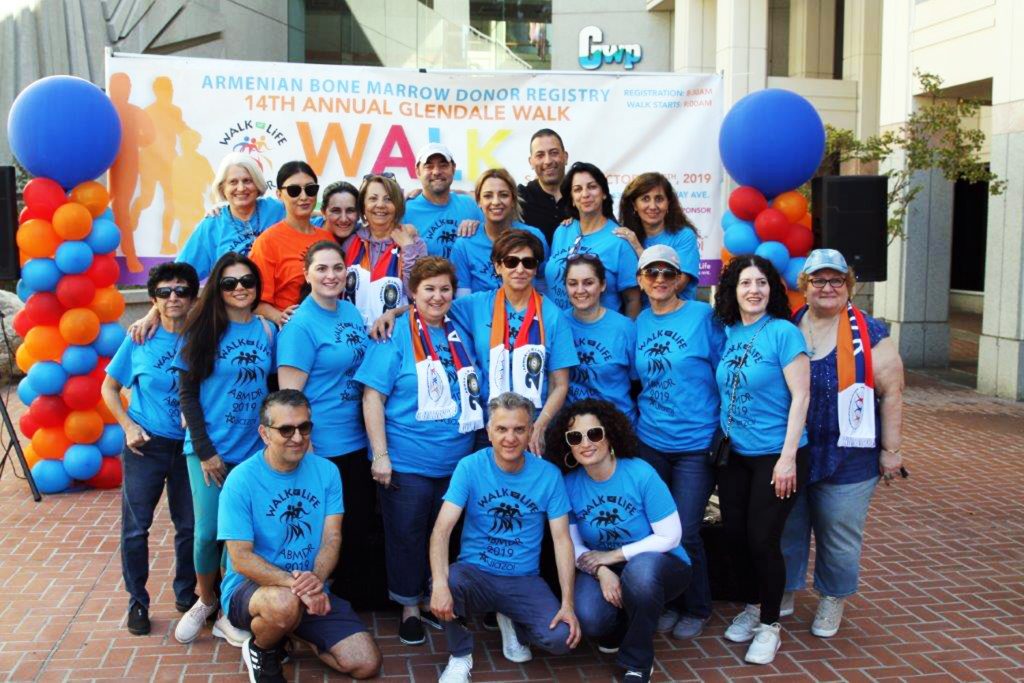 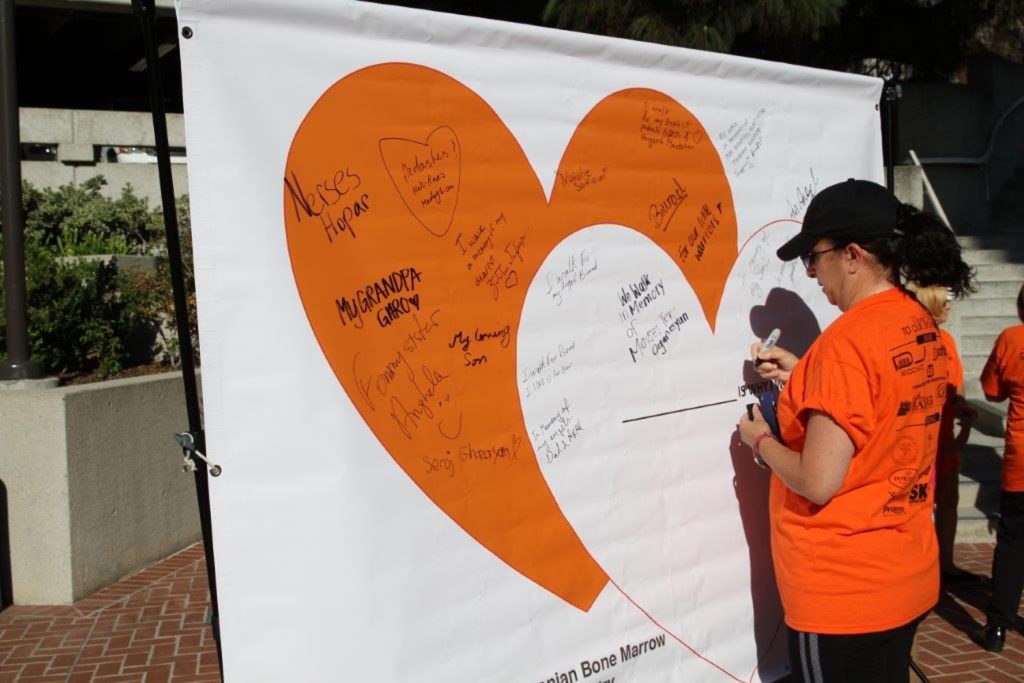 On this banner, displayed in the plaza of the Glendale City building, walkathon supporters wrote down their individual reasons for participating in the event. 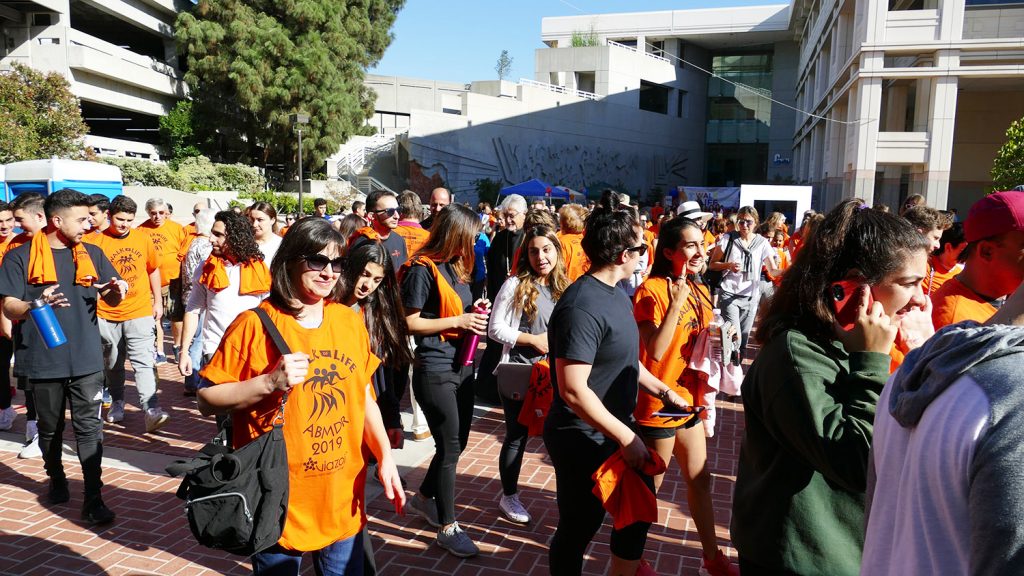 A scene from the walkathon. 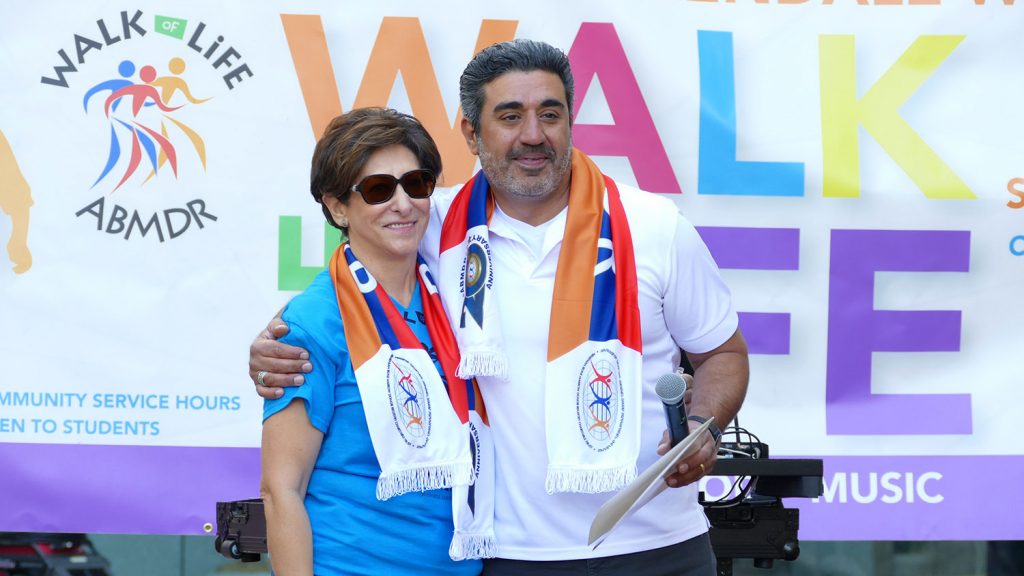 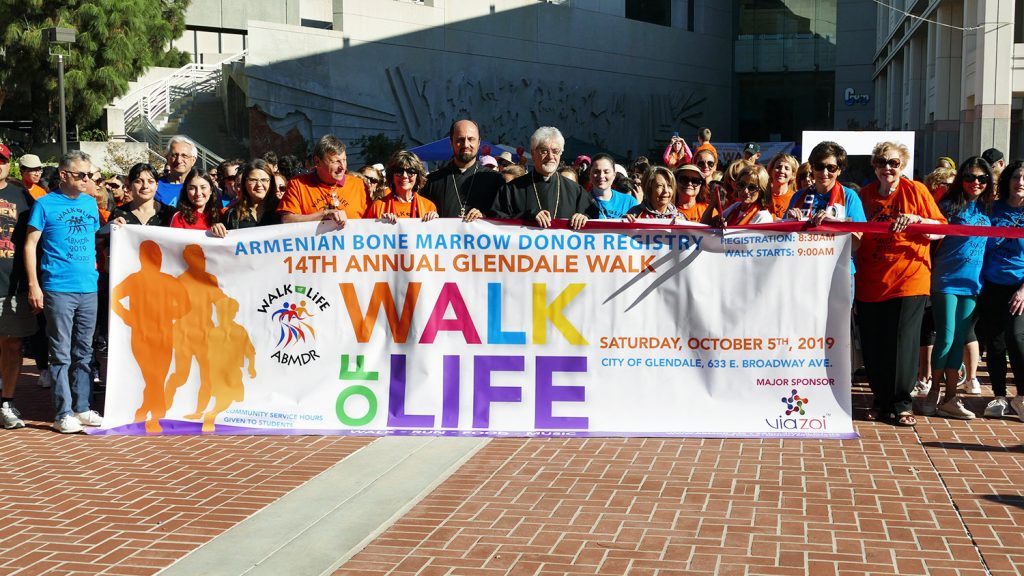 A Scene from the Ribbon-cutting ceremony. 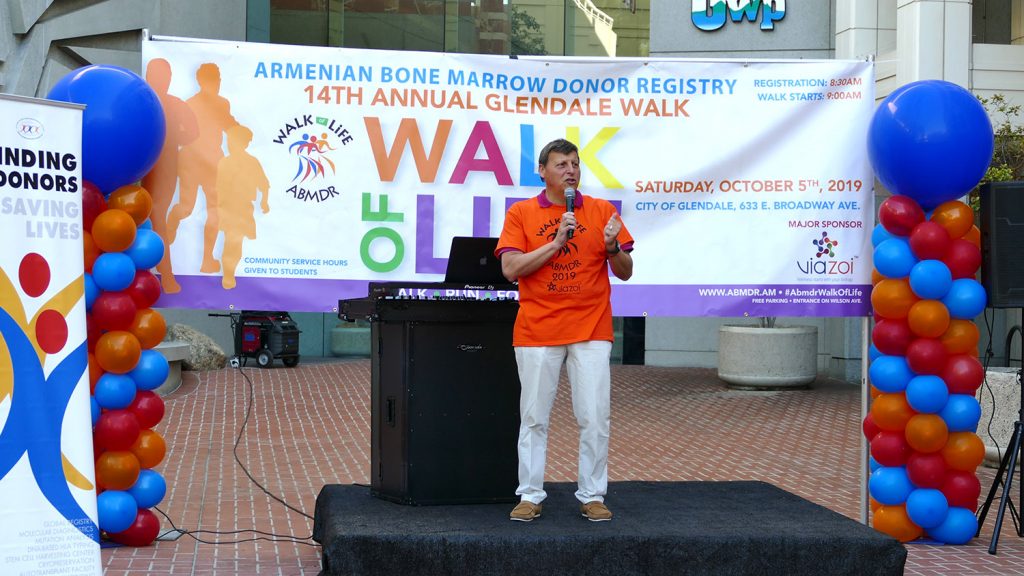 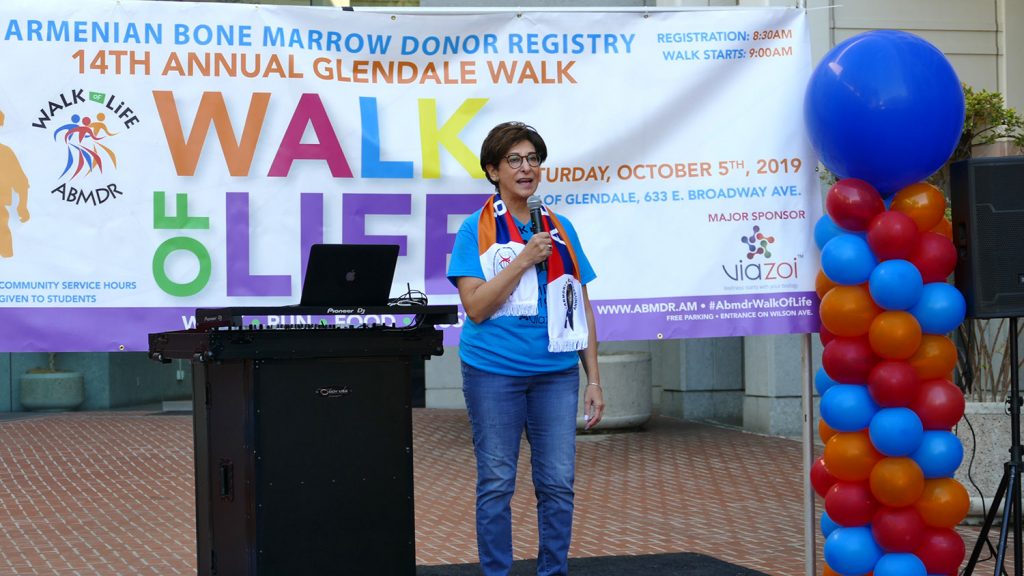 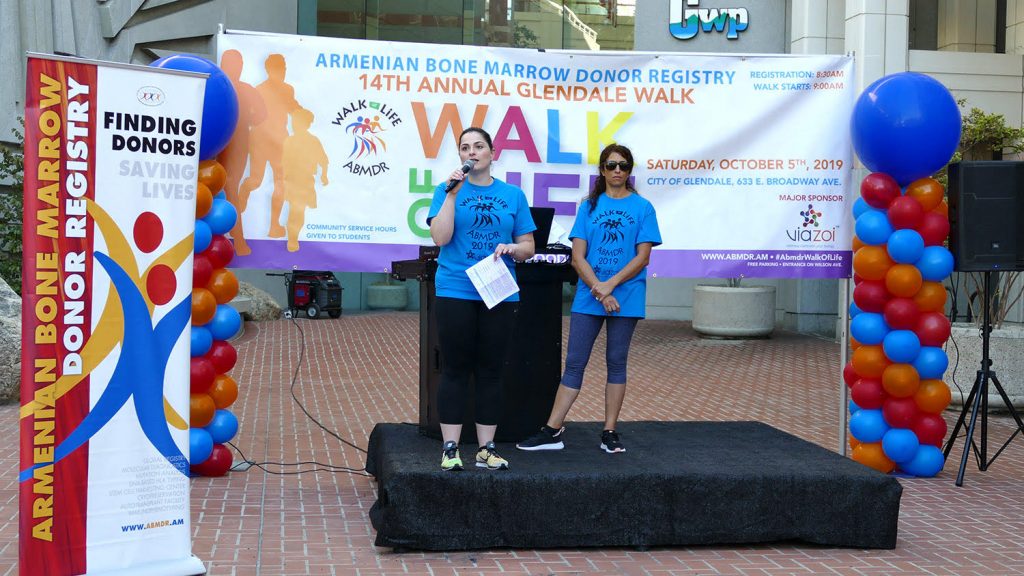