Watertown, Massachusetts, October 4, 2019 – On September 28, the Armenian community of New England came together in support of the eighth annual Walk of Life of the Armenian Bone Marrow Donor Registry (ABMDR). The beloved pan-Armenian event, which took place in Watertown, drew avid youth participation, with large numbers of students from area schools and colleges, as well as the support of numerous community organizations.

Once again, Walk of Life received support and sponsorship from several large and small businesses, including PROMETRIKA LLC of Cambridge, the Dana-Farber Cancer Institute, the Armenian-American Pharmacists’ Association (AAPA), Watertown Savings Bank, ThermOil, Inc., several other local businesses, the Armenia Tree Project, the Armenian Cultural and Educational Center (ACEC), and the AGBU New England District. PROMETRIKA LLC has been a consistent supporter of the ABMDR; its CEO and founder, Miganush Stepanians, was awarded the Volunteer of the Year Award at the ABMDR 20th anniversary Gala in Los Angeles in August 2019.

At the walkathon’s opening ceremony, which was held on the grounds of ACEC, Lori Yogurtian of ABMDR New England welcomed the participants. “Seventy-five percent of [affected] patients’ lives depend on finding a matched unrelated donor,” she said. “This is already a difficult situation. However, the unique genetic make-up of Armenians makes it nearly impossible for them to find suitable matches among the existing international registries. Every person the ABMDR informs, swabs, and registers is another chance for a patient’s life to be saved.”

On his part, Jack Antounian, lead marshal of the walk and president of the Armenian Business Network (ABN), provided safety guidelines to the walkers. This year, the ABN marshals were joined by several volunteer members of ABMDR New England. Walk of Life concluded at Watertown Square, where participants enjoyed great music, dancing, and food, along with thousands of people attending the annual Faire on the Square festival.

In his remarks during the closing ceremony, Shant Der Torossian of ABMDR New England said, “We’re touched to see so many individuals and community organizations participate in our eighth walkathon. A big Thank-you to all those who assisted in promoting this event among their co-workers, friends, and family. We couldn’t do this without you!” Der Torossian went on to convey the New England Walk of Life Committee’s deep gratitude to the event’s sponsors and the walkathon marshals from the ABN for their continued support.

Following Der Torossian’s remarks, Alec Der Sirakian, Lilit Hovnanian, and Sossy Yogurtian (on behalf of the AAPA) were awarded the first, second, and third top-fundraiser awards, respectively. For the seventh consecutive year, the Armenia Tree Project will plant commemorative trees in Armenia in honor of the walkathon winners, as part of the #LivingCentury Initiative.

Aside from planning the Walk, ABMDR New England volunteers have been working to spread awareness about ABMDR. In the weeks leading up to the walk, volunteers participated in a number of local community events to educate the public about bone marrow donation and ABMDR in general, and recruited new donors.

“I’m so grateful for the opportunity to volunteer with this organization,” said ABMDR New England volunteer Lori Yeterian. “It has been a humbling experience to work with a group of passionate people who share a common goal: helping to save lives. I hope for the continuation of the ABMDR mission for many years to come!” 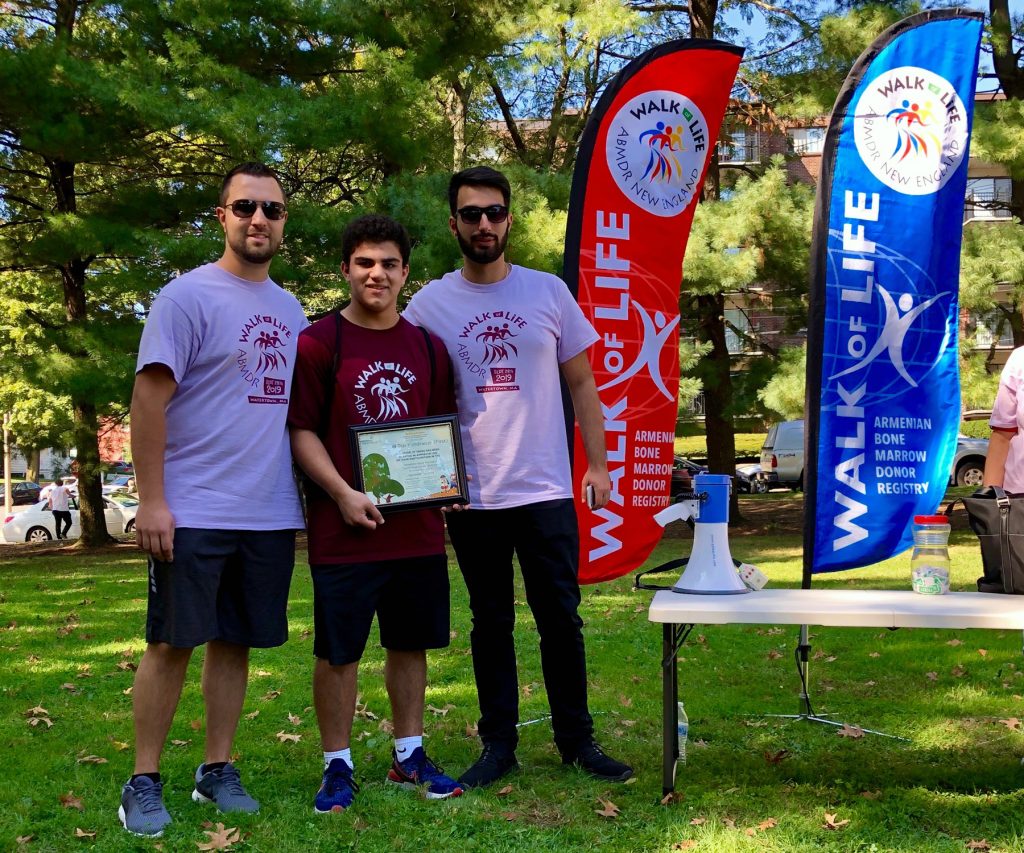 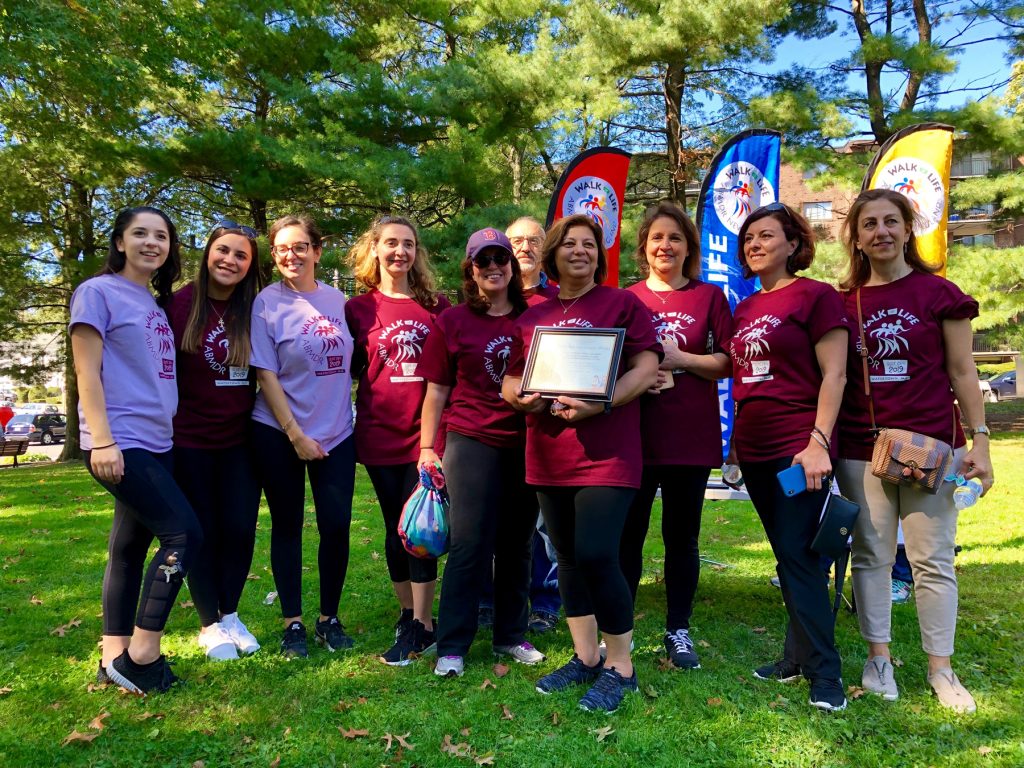 Sossy Yogurtian (holding award) and members of the Armenian-American Pharmacists’ Association, the third-place winner for fundraising. 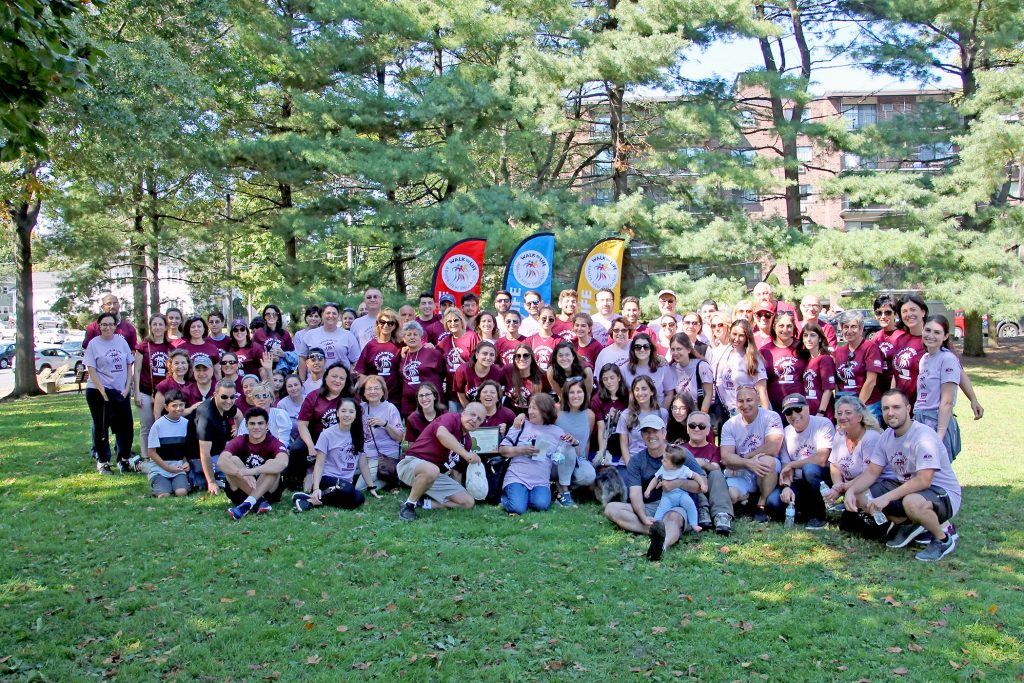 The ABMDR New England Walk of Life Committee and supporters. 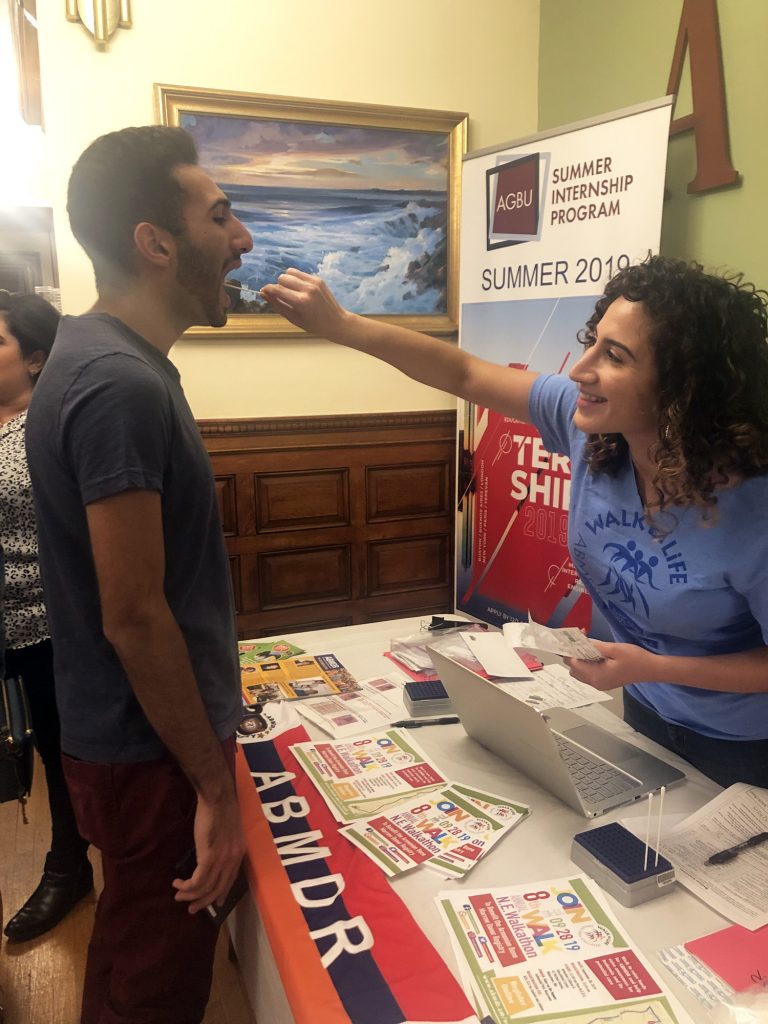