Los Angeles, May 13, 2021 — The Armenian Bone Marrow Donor Registry (ABMDR) took part in a national commemoration in honor of the thousands of soldiers who fell in the First and Second Artsakh Wars. The mourned soldiers include 94 young men who had joined ABMDR as potential bone marrow donors.

The commemoration took place in Yerevan on May 9, the traditional date that marks Shushi Liberation Day. Every year on May 8 and May 9 and up till 2020, Armenians celebrated the liberation of Shushi and the liberation of Artsakh as a whole. This year, however, as the Armenian nation is reeling from the loss of Shushi and other territories as a result of the Artsakh War of 2020, May 9 has instead become a day of remembrance and mourning.

On the morning of May 9 this year, hundreds of people marched from the center of Yerevan to the Yerablur Military Cemetery, located on a hilltop in the outskirts of the capital. The procession culminated in a solemn commemoration at Yerablur. Event participants included the staff of the ABMDR Laboratory in Yerevan, led by ABMDR Medical Director Dr. Mihran Nazaretyan, and numerous ABMDR volunteers, supporters, and registered donors.

“As a pan-national organization dedicated to the health and well-being of the Armenian people, we mourn the devastating loss of human life caused by the Artsakh War last year,” said ABMDR President Dr. Frieda Jordan and continued:

“We also grieve the inconsolable loss of the 94 soldiers who had joined the ranks of ABMDR as potential bone marrow donors. These wonderful young men are heroes for not only having fought for their homeland, but also for having desired to help save lives by donating their stem cells to patients desperate for a bone marrow transplant. Today, we remember our fallen soldiers as much for having made the ultimate sacrifice as the fact that they are an inspiration to a grateful nation.” 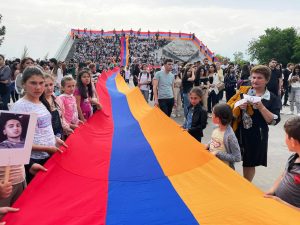 A scene from the Yerablur Commemoration. 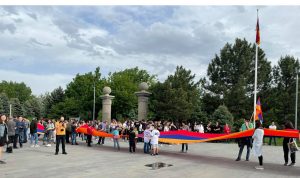 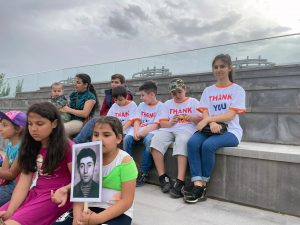 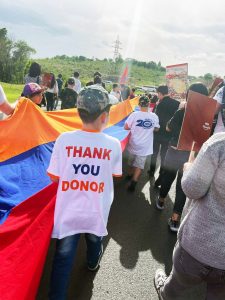