Los Angeles, August 22, 2017 — On Sunday, August 20, during Holy Mass at St. Leon Cathedral in Burbank, Archbishop Hovnan Derderian, Primate of the Western Diocese, offered special prayers for patients of the Armenian Bone Marrow Donor Registry (ABMDR). In his sermon, the Archbishop praised the life-saving mission of ABMDR, and called on congregants to continue to support its work.

To raise public awareness of the ABMDR mission and encourage grassroots involvement in the organization’s activities, the Western Diocese has observed a special Prayer Day in honor of ABMDR patients for the past several years. The Prayer Day is marked at St. Leon Cathedral as well as Armenian churches across Southern California.

In the course of his sermon on August 20, Archbishop Derderian stated that participating in the work of ABMDR is tantamount to praying and accomplishing a Godly mission. The Archbishop pledged the continuous support of the Diocese and appealed to all parishes to embrace the work of ABMDR, by joining its ranks as potential bone marrow stem cell donors, signing up as volunteers, and attending its public-benefit events — such as the upcoming “Match for Life,” the ABMDR’s 18th annual Gala, which will be held on Sunday, August 27, in Los Angeles.

“Archbishop Derderian, who is one of ABMDR’s most avid and longtime supporters, exemplifies the type of leadership that works tirelessly for the well-being of our community,” said ABMDR president Dr. Frieda Jordan. “We are honored and grateful for the Primate’s ongoing guidance and support.”

Following the church service, numerous parishioners had the opportunity to become more familiar with the activities of ABMDR, as a team of Board members and volunteers from the organization answered questions and handed out information about becoming donors.

Subsequently Archbishop Derderian, along with the Very Rev. Fr. Dajad Yardemian, met with the ABMDR team at the Diocese. The discussion centered on ABMDR’s most recent achievements as well as its plans for the immediate future. At the conclusion of the meeting, Archbishop Derderian presented scarves from Holy Echmiadzin to all members of the ABMDR team, as tokens of his appreciation. 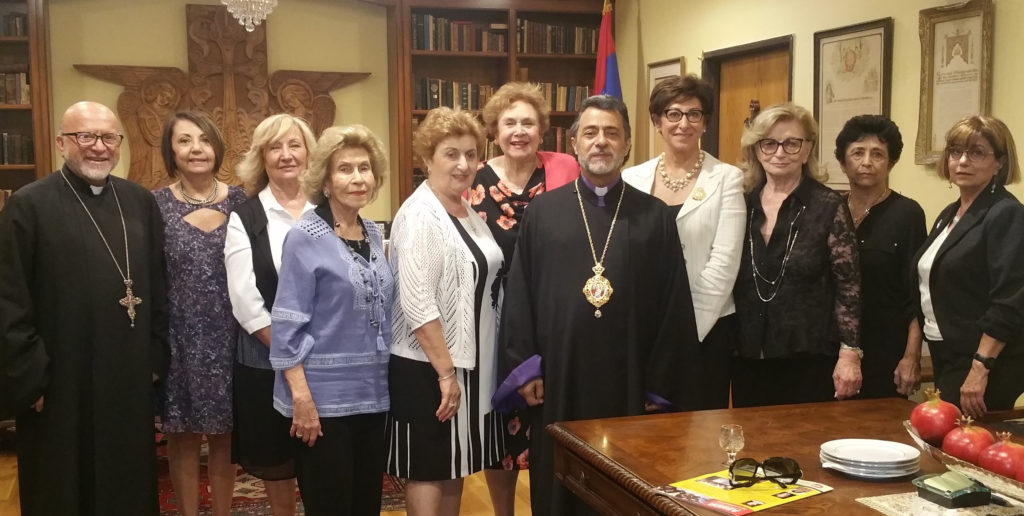 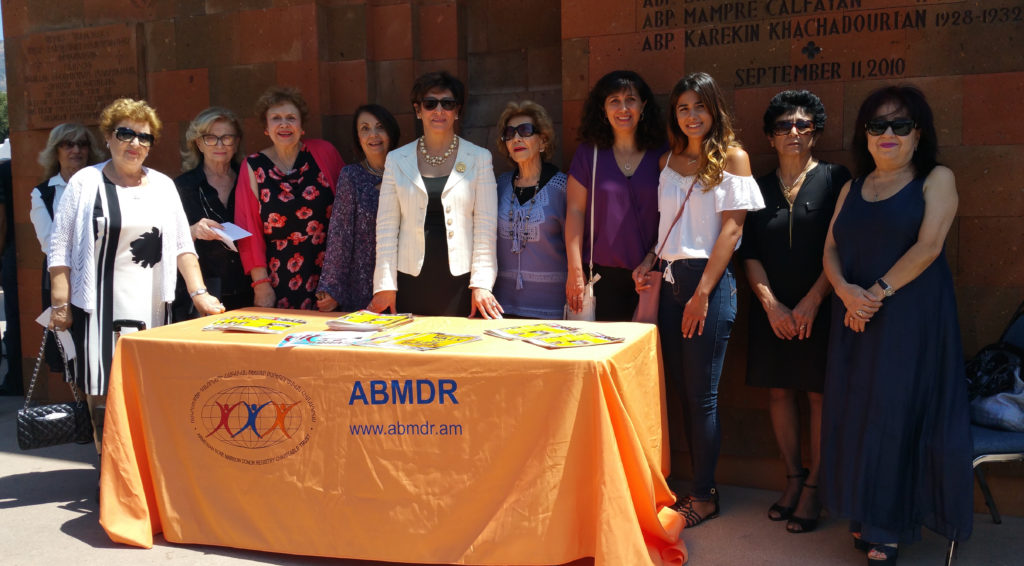 About the Armenian Bone Marrow Donor Registry: Established in 1999, ABMDR, a nonprofit organization, helps Armenians and non-Armenians worldwide survive life-threatening blood-related illnesses by recruiting and matching donors to those requiring bone marrow stem cell transplants. To date, the registry has recruited over 29,000 donors in 42 countries across four continents, identified over 4,190 patients, and facilitated 30 bone marrow transplants. For more information, call (323) 663-3609 or visit abmdr.am.