“When I registered with ABMDR in 2006, I hoped to be a match some day. Eight years later, when City of Hope called and told me that I was the only match for a ten-year-old boy, I accepted with no hesitation or fear, and thanked God for using me to save a life.

After several tests establishing that I was 100% healthy to donate, early in the morning of Sept 10, 2014, I was put to sleep for an hour* at  the City of Hope. When I opened my eyes, I was told my bone marrow was immediately flown overseas, where my little recipient was waiting to start his new life. Since I don’t know his name, in my prayers, I call him “my BoneMate.”

My pain was gone in less than a week. I continued to rest and eat healthy.
After the donation, I have not experienced any side effects or weakness.

Today, with a world of confidence, I want to share my sweet experience and to encourage others not to be scared.

My dream is to see bone marrow donation become as common as donating blood. All we need to do is to think: “What if it was me or my loved ones who needed a match?” When we think that way, we realize that a few weeks of discomfort is totally worth saving a LIFE. “

*In most cases, bone marrow stem cells are collected from circulating blood while the donor is fully awake. In my case, the doctors felt that donating bone marrow instead of circulating stem cells would increase the chances of success for the patient, and asked me if I would be willing to go through that process instead: hence the need to anesthetize me. 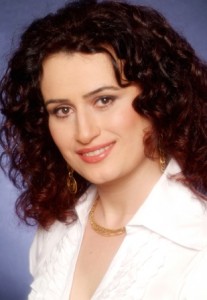